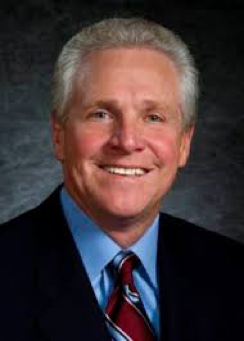 At the end of 2018, Bill Buckner retired from the Noble Research Institute, LLC, and the Samuel Roberts Noble Foundation after leading these organizations for the last 7 years. The Noble Research Institute, an Agricultural Research Organization, conducts research, education and consultation activities, with its mission being “to deliver solutions to great agricultural challenges. After obtaining his BS degree in Agricultural Economics from the Univ. of Missouri-Columbia in 1980, Buckner gained experience in the agricultural industry in areas of agriculture retail, agriculture lending, animal health and crop protection. In 1993, Buckner joined Bayer AG as a Marketing Executive in their Animal Health business unit located in Shawnee Mission, KS. He moved to Monheim, Germany, in 1996 where he worked for the Animal Health Business Group as a Business Development Mgr. He became VP/General Mgr. of Bayer's Canadian Agricultural business in Toronto in 1998. Buckner was appointed President/CEO of Bayer CropScience, Inc., in Calgary, Alberta in 2002. He relocated to Research Triangle Park, NC, as Sr. VP of Commercial Operations for Bayer CropScience LP in 2004 and was appointed Country Head for the U.S. Crop Protection business in 2005. He was elected President/CEO of Bayer CropScience, LP in April 2006 and retired from Bayer in December 2011. Buckner currently serves on the boards of the Soil Health Institute, Wilbur-Ellis Company, Trace Genomics, Inc., and Anuvia Plant Nutrients. Buckner also serves as a board advisor for MicroGen BioTech and a member of the Strategic Advisory Board for Pontifax AgTech. He had previously served on the boards of the National Wild Turkey Federation, The Liberty Foundation, Mercy Hospital-Ardmore Oklahoma, Farm Foundation, CropLife Canada and CropLife America, where he served a term as Board Chair. Buckner lives in Raleigh, North Carolina and enjoys his free moments spending time with his family and practicing what he preaches in his efforts to regenerate their farm in Oxford, North Carolina.