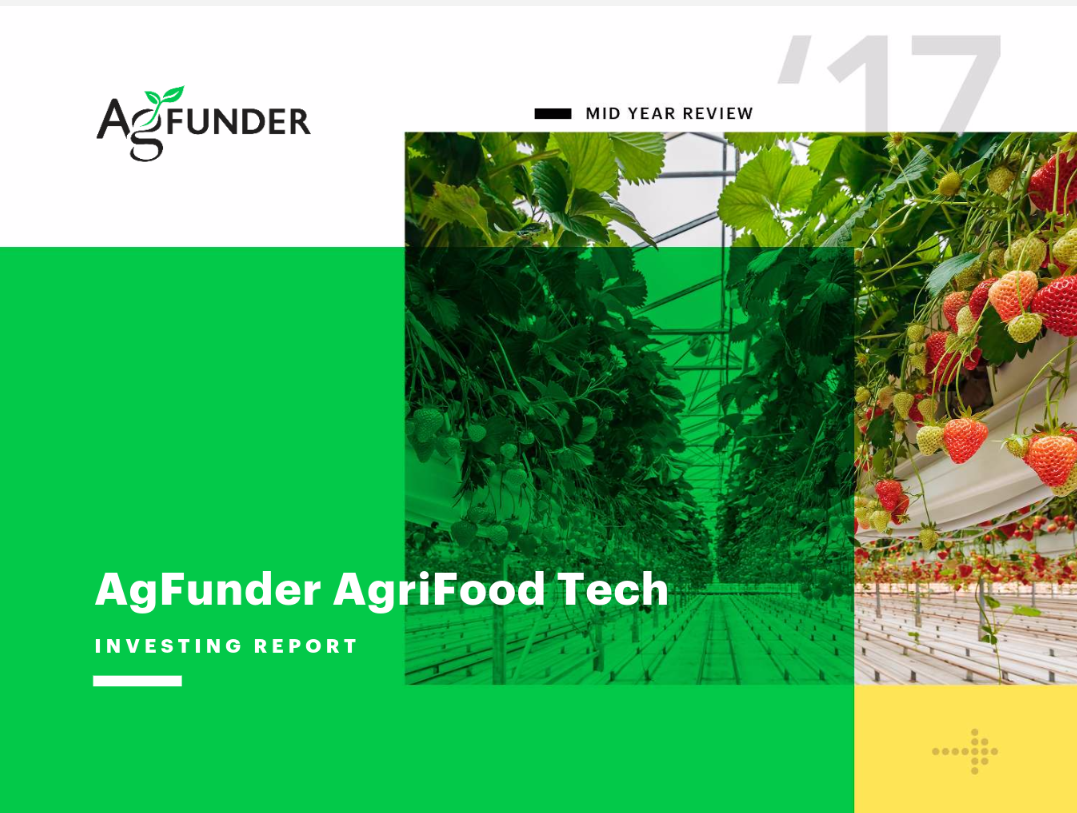 AgriFood Tech startups, innovating from farm-to-fork, raised $4.4 billion in H1-2017, a 6% year-over-year increase. Mirroring the global VC markets, a few ‘mega deals’ drove the funding increase, as well as some maturation in the sector. But the number of deals declined 27% to 369 during the same period.

The agrifood tech sector appears to be rebounding from the lows of 2016 when funding dropped 17% to $6.9 billion from $8.3 billion in 2015. Large deals in the food delivery segment contributed to the 6% year-over-year growth in total funding and Series A stage deals raised an all-time midyear high of $660 million. Series B deal activity also held steady despite the overall 27% decline in deal activity across stages.

Much of the decline in deal activity happened at the seed stage, where deal count dropped 37% year-over-year. This decline could be attributed to investor fatigue with “me-too” companies, particularly in food delivery and digital agriculture.

The investor base participating in agrifood tech investing continued to diversify with 702 unique investors participating during the half including Silicon Valley venture firms, state-backed government funds, pension funds, corporate entities, as well as the growing number of agrifood tech specialists.

Corporate activity is slowly picking up contributing to the small number of venture capital exits but still represents just 2% of deal activity.