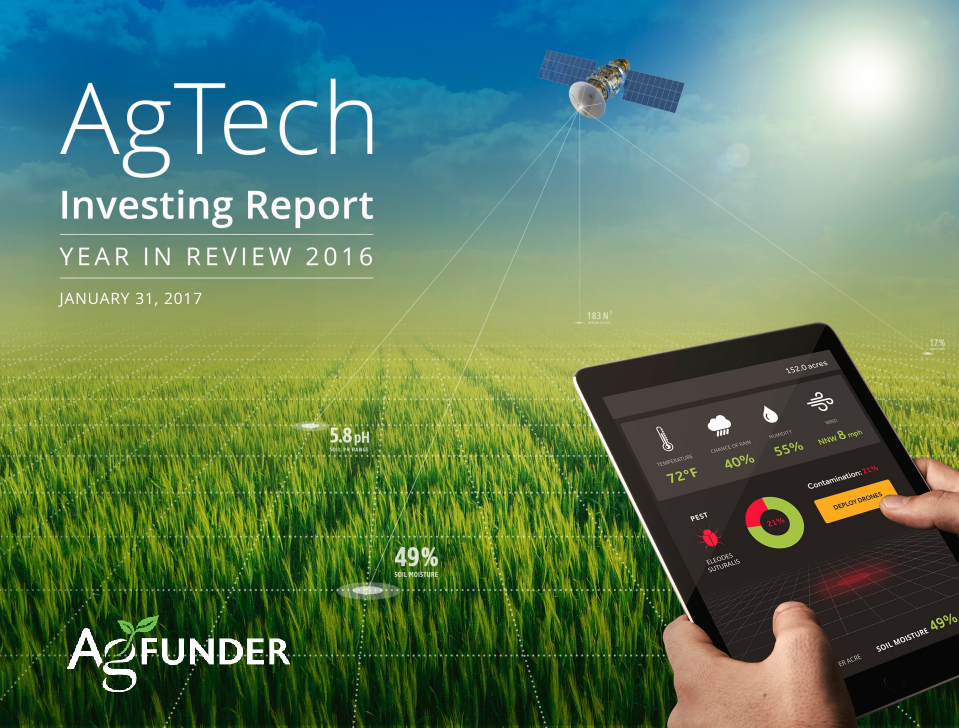 Agtech funding figures dipped to $3.2 billion in 2016 from $4.6 billion in 2015. This reflected the broader pullback in global venture markets, though deal activity in agtech was the strongest to date with 580 deals closed.

The year 2016 was full of contrasts. While global VC investment fell 10%, total investment in agtech fell to $3.2 billion - a 30% drop from 2015, but well ahead of 2014. Interestingly, global VC deal activity declined 24%, but it was agtech’s busiest year to date with a 10% increase in the number of deals closed year-over-year. This was largely the result of new support from the growing number of accelerators and other early stage resources dedicated to food and agtech startups.

The dip in dollar funding in 2016 was due in part to a cooling off in investor interest in drones, food delivery, and bioenergy, and also because of a few large financings in 2015 that drove numbers. However, four of our nine sectors showed an uptick in activity, and Seed and Series B investment came in particularly strong.

Exits remained a talking point among VCs as M&A activity from the large agribusinesses remained far too low. 2017 is already looking a lot brighter for global VC, however, and we expect growth in agtech driven by investor interest in supporting the future of food and agriculture.