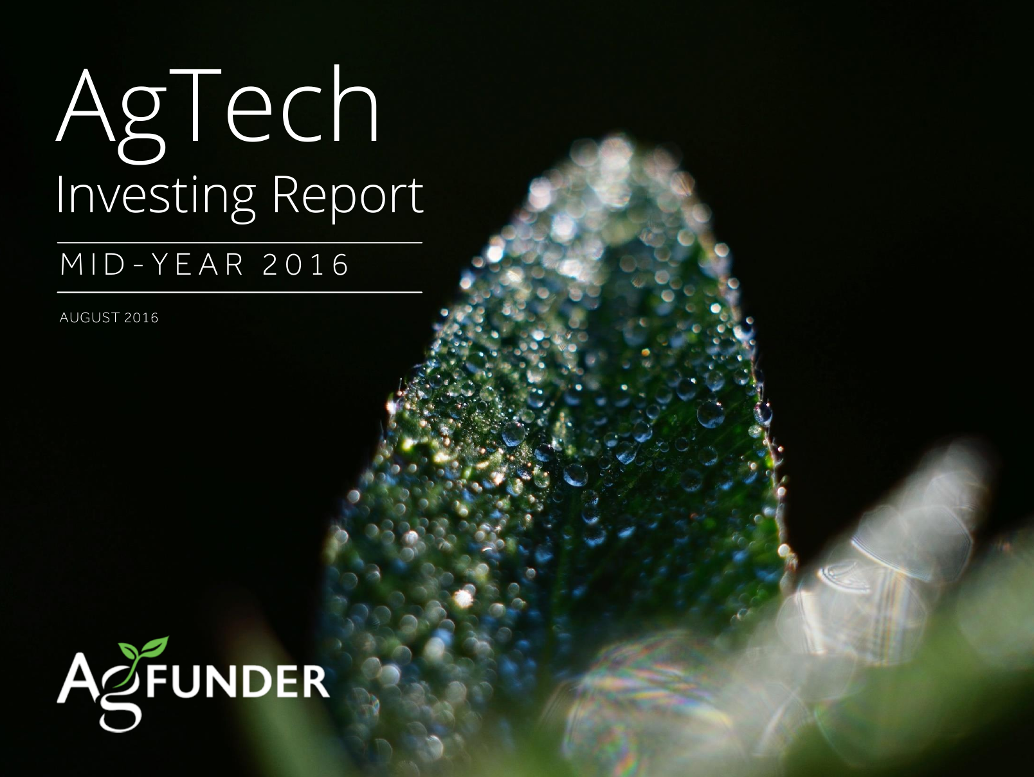 Agtech funding reached $1.75 billion during the first half of 2016 with 307 deals. The top-line investment level represents a 20% year-over-year decline from H1-2015, while the numbers of deals increased 7% from H1-2015. This pullback in agtech largely mirrored the broader venture capital market, which declined over two consecutive halves.

The agtech sector experienced a pullback in venture investment during the first half of 2016 as we recorded $1.75 billion of funding. This total was a 20% year-over-year decline, broadly in line with the global venture capital markets, where funding fell 14% on H1 2015.

Food E-Commerce, Biomaterials & Biochemicals, Soil & Crop Technology and Precision Agriculture drove the top line numbers, while dips in Drones & Robotics and Food E-Commerce were responsible for some of the pullback.

There was good news, however. The number of deals grew 7% year-over-year to 307 deals this half compared to 286 during H1-2015. Seed stage activity was healthy, and Series B funding dollars increased 50% year-over-over. The number of investors participating in the sector grew to 425 during the first half of 2016, a 52% increase on H1-2015, as familiarity and interest in the sector increases.